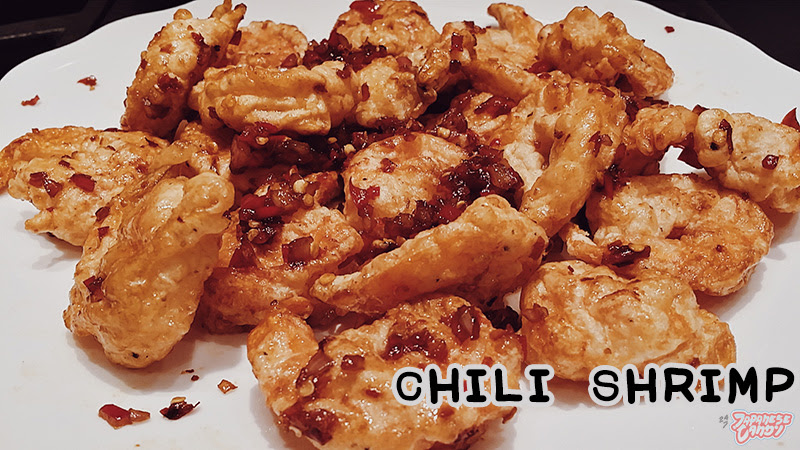 Lately, I've been craving Kkanpung Shrimp. It's battered shrimp that's fried and then smothered in a thick, sticky, sweet sauce. It's a dish that's served only at Korean-Chinese restaurants. I've tried ordering it at Chinese restaurants, but their version can never satisfy my craving. I like to order a bowl of Jajang Myun (noodles in black bean sauce) with the Kkanpung Shrimp, and, ohhhh yeah, I always leave with a happy tummy!
Fun Fact: Korean-Chinese cuisine is basically Korean's version of Chinese food. Back in the days, when the Incheon port first opened in Korea, many Chinese people from northern China moved to a town in Incheon where they opened up Chinese restaurants. But because Koreans had different palates than their own, they ended up adapting their dishes to what is now served in every Korean-Chinese restaurant. And to this day, many of the workers in Korean-Chinese restaurants can speak both languages.
So when I stumbled upon this recipe, I obviously had to try it. And my..my...my... It was DELICIOUS! This Chili Shrimp recipe isn't exactly how you make Kkanpung Shrimp, but Arie's Kitchen did a great job of creating something similar. And it's much yummier! The fried, battered shrimps are lightly smothered in a slightly spicy, sticky chili sauce so the crispy fried shrimps crunch in your mouth with each bite.
Give this recipe a try!