Funyuns was one of my favorite snacks growing up as a kid. Even though it's said to be onion flavored rings, it really doesn't taste anything like onion but more like salt. Ok, maybe that's a little too harsh, but after tasting Nongshim's version of a onion ring snack, you will have to agree. This Korean version is much more savory and actually tastes like onion. It's not nearly as salty as Funyuns, but just enough so the snack doesn't lose its onion taste while still tasting savory. After discovering Nongshim's onion flavored rings, I don't think I'll ever crave Funyuns again. 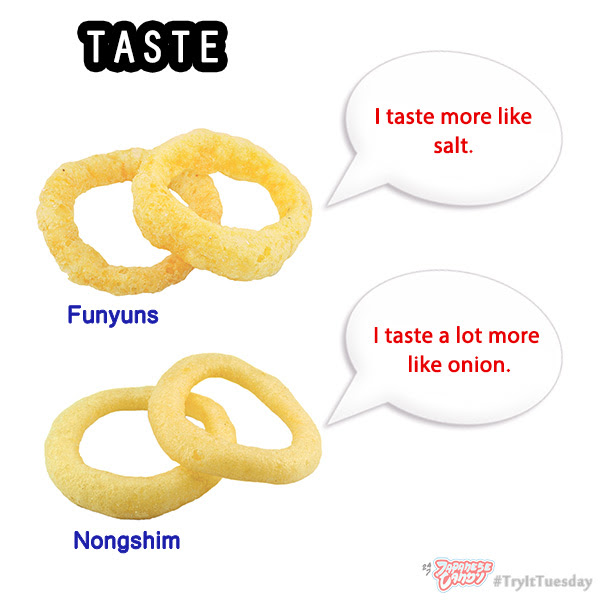 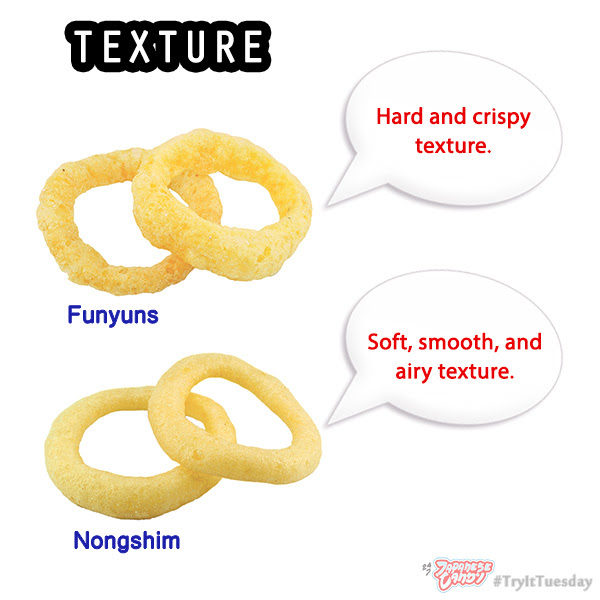 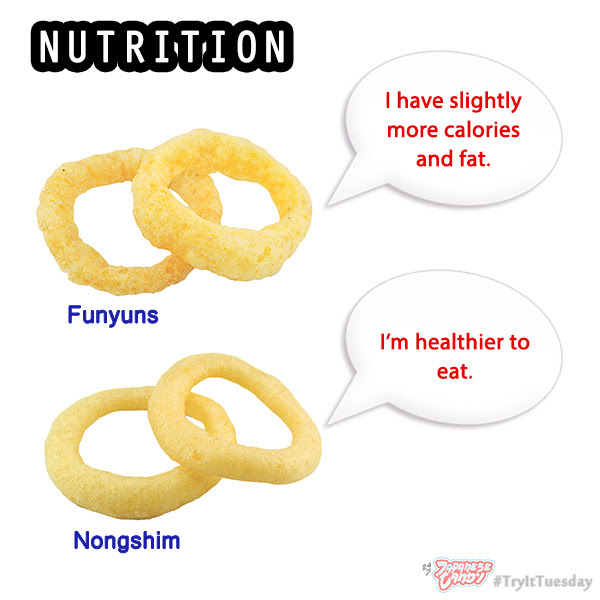 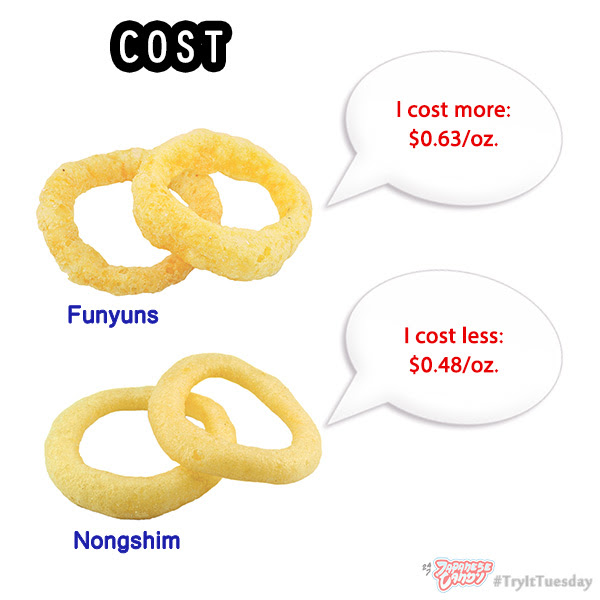 Which one do you think you will favor?

Back to 24/7 Japanese Candy