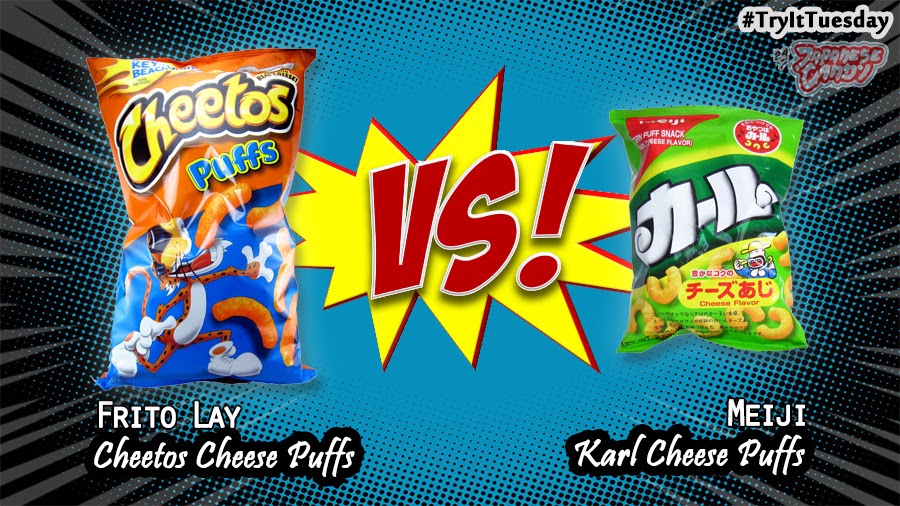 It's Try It Tuesday! One of my favorite snacks is Cheetos Cheese Puffs. I grew up on these cheesy puffs of deliciousness. As a kid, I would hold the ends of the snack between my thumb and point finger and gnaw away at the cheesy outside like a little beaver. The weird things kids do... Well, it turns out Japan has a snack similar to Cheetos Cheese Puffs called Karl Cheese. Let's compare the difference between these two snacks! Today, the battle is between Cheetos Cheese Puffs by Frito Lay and Karl Cheese by Meiji. 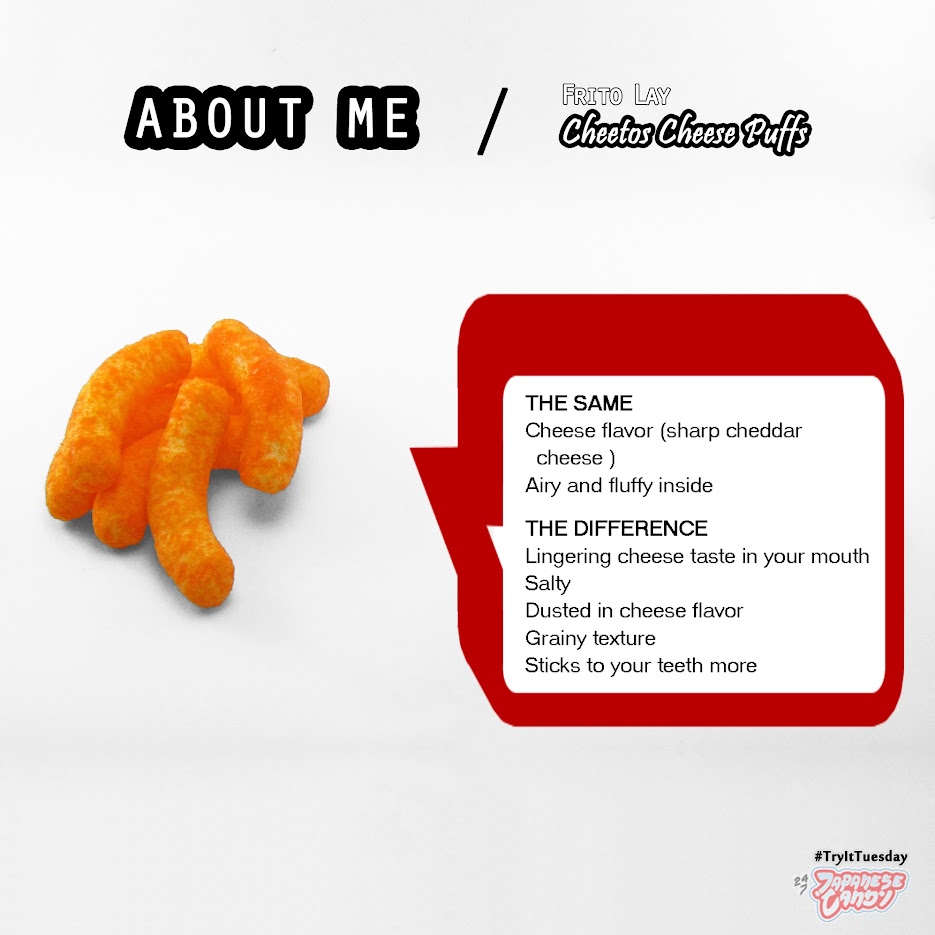 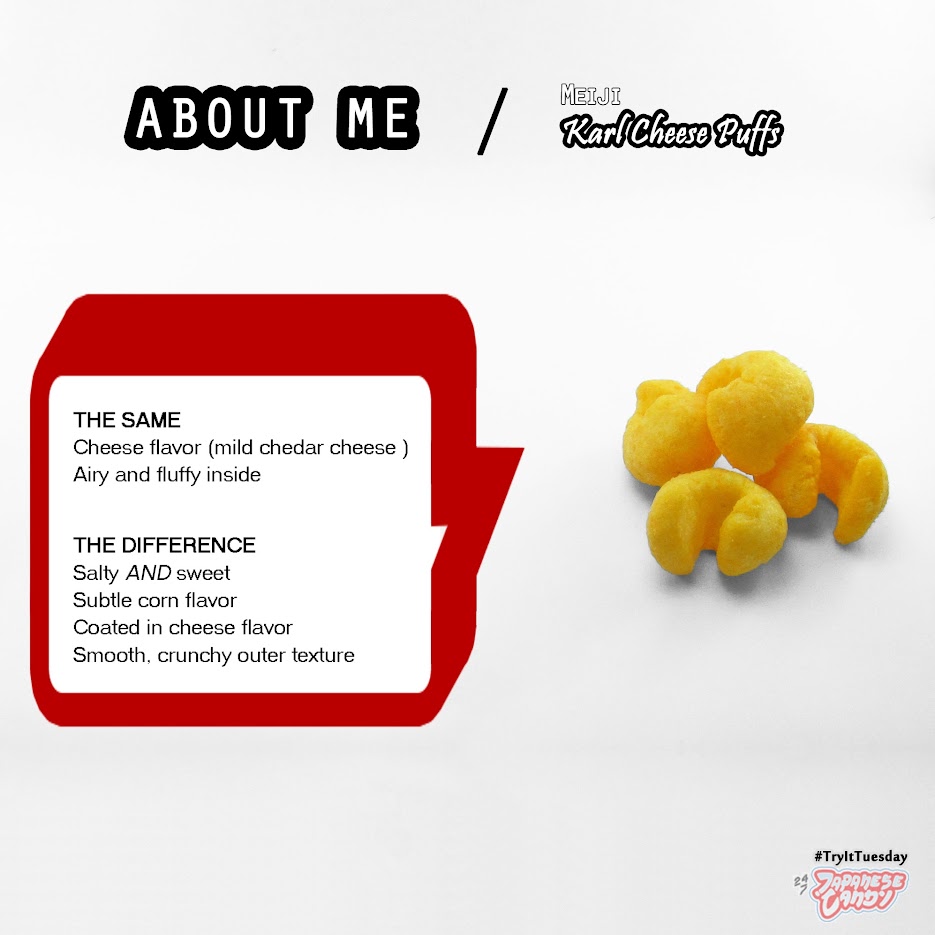 Flavor: Cheetos Puffs has a salty sharp cheddar taste. The flavor lingers in your mouth even after you've chewed and swallowed. Karl Cheese has a more mild cheese taste that's slightly salty and sweet. The flavor is not as lingering even after you've swallowed. The biggest difference in the taste is the slight corn flavor you taste in the Karl Cheese. The Cheetos Puffs tastes nothing like corn but completely of cheese.

Texture: Cheetos Puffs is dusted in a cheese powder so when you bite into it, it sticks to your teeth more than the Karl Cheese. It also feels a bit grainy because of the powder but still airy and fluffy. The Karl Cheese seems to be coated, not dusted, in the cheese flavor. The outside has a smooth texture and is slightly crunchier than the Cheetos, but it's still airy and fluffy.

Finger Test: The finger test... which snack will make your finger taste like cheese? In this battle, Cheetos Puffs wins hands down. Even after eating only three of their corn puffs, my fingers were ready to be licked. This isn't the case with the Karl Cheese. I just had to flick off the bits of cheese powders from my fingers and they were gone.

So which one is the winner for me? I'd have to say Karl Cheese wins on most days, but Cheetos Puffs still has a place in my heart and every now and then I find myself buying a bag when I pass by the snack aisle.

If you've tried both of these, which one would you prefer?

If you haven't tried them yet, which one do you think you would like?

Back to 24/7 Japanese Candy